With a simple oath and charge we affirm old traditions and make new beginnings. I appreciate the opportunity to serve you in this chair for the up-coming year as President of the Masters, Wardens, and Secretaries Association of the 14th Districts.

In 1723, The Constitutions of the Free-Masons by James Anderson boldly contains a history of Freemasonry starting with the creation of the world by the “great Architect of the Universe.”

A BRIEF INVESTIGATION OF THE SEVEN LIBERAL ARTS AND SCIENCES

Masonic teaching enthusiastically encourages its students to contemplate and learn from the seven Liberal Arts and Sciences1 that originated in.

FREEMASONRY FOR WIVES, FAMILY, AND OTHERS

When it comes to attracting men to join Freemasonry, a large factor in the potential candidates’ decision process will very often be the attitude of his wife. Immediately, his wife will think “what’s this all about”?

Hie incipiunt constituciones artis gemetriae
secundum Eucyldem.Whose wol bothe wel rede and loke,
He may fynde wryte yn olde boke
Of grete lordys and eke ladyysse,
That hade mony chyldryn y-fere, y-wisse;
And hade no rentys to fynde hem wyth,
Here begin the constitutions of the art
of Geometry according to Euclid.Whoever will both well read and look
He may find written in old book
Of great lords and also ladies,
That had many children together, certainly;
And had no income to keep them with,
Read More

On October 27, 2017, Brother Neal Roberts, Past Master of the Richardson Masonic Lodge, hosted a twitch.tv event to raise money for the Scottish Rite Hospital. Two eight-man teams were paired against each other to speed run Diablo 2. During the event people could donate money for certain incentives such as stripping or giving weapons to one team or the other. This successful even raised $15,000 for the Texas Scottish Rite Hospital and Brother Neal Roberts, due to one contribution had to dye his beard green.

We hope to do this event again in the near future. 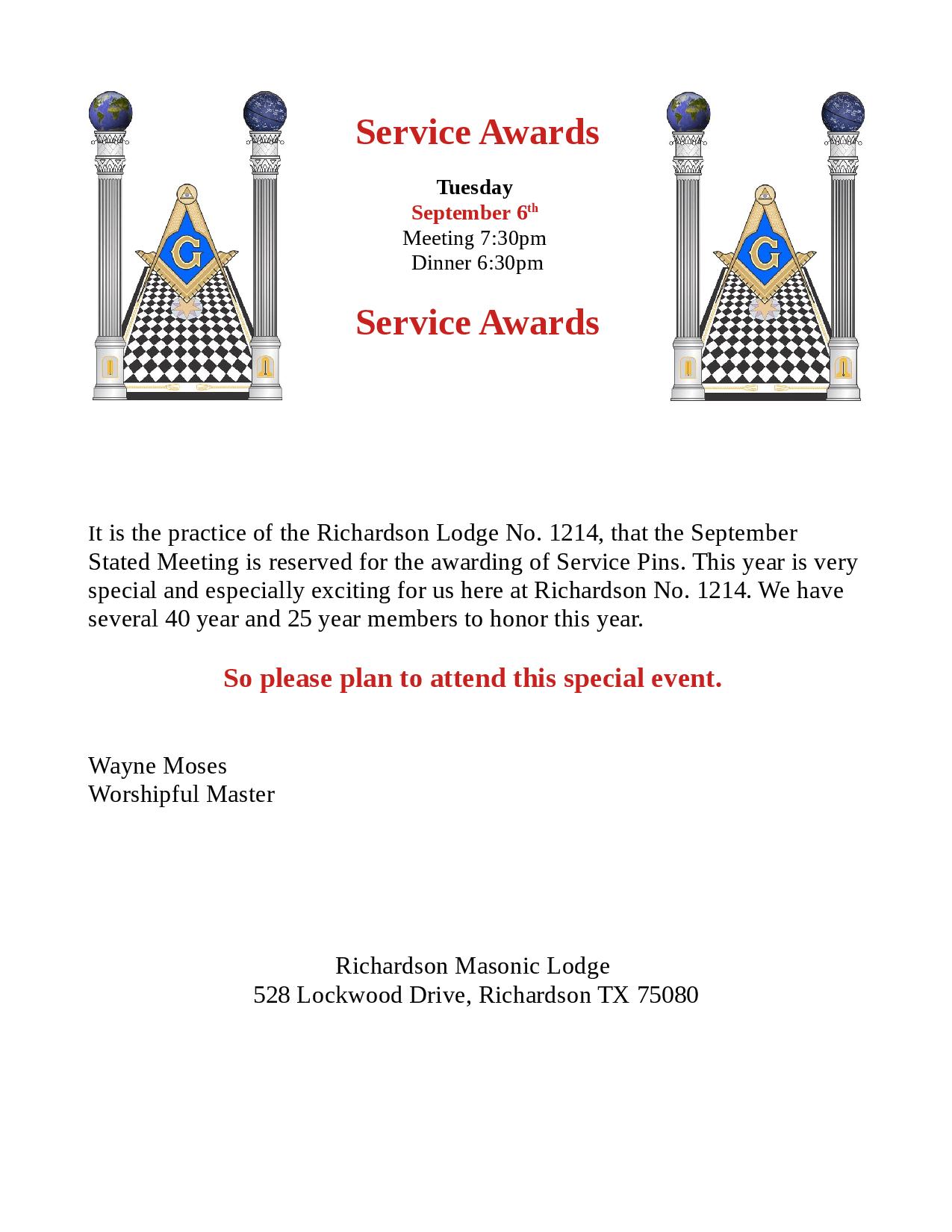 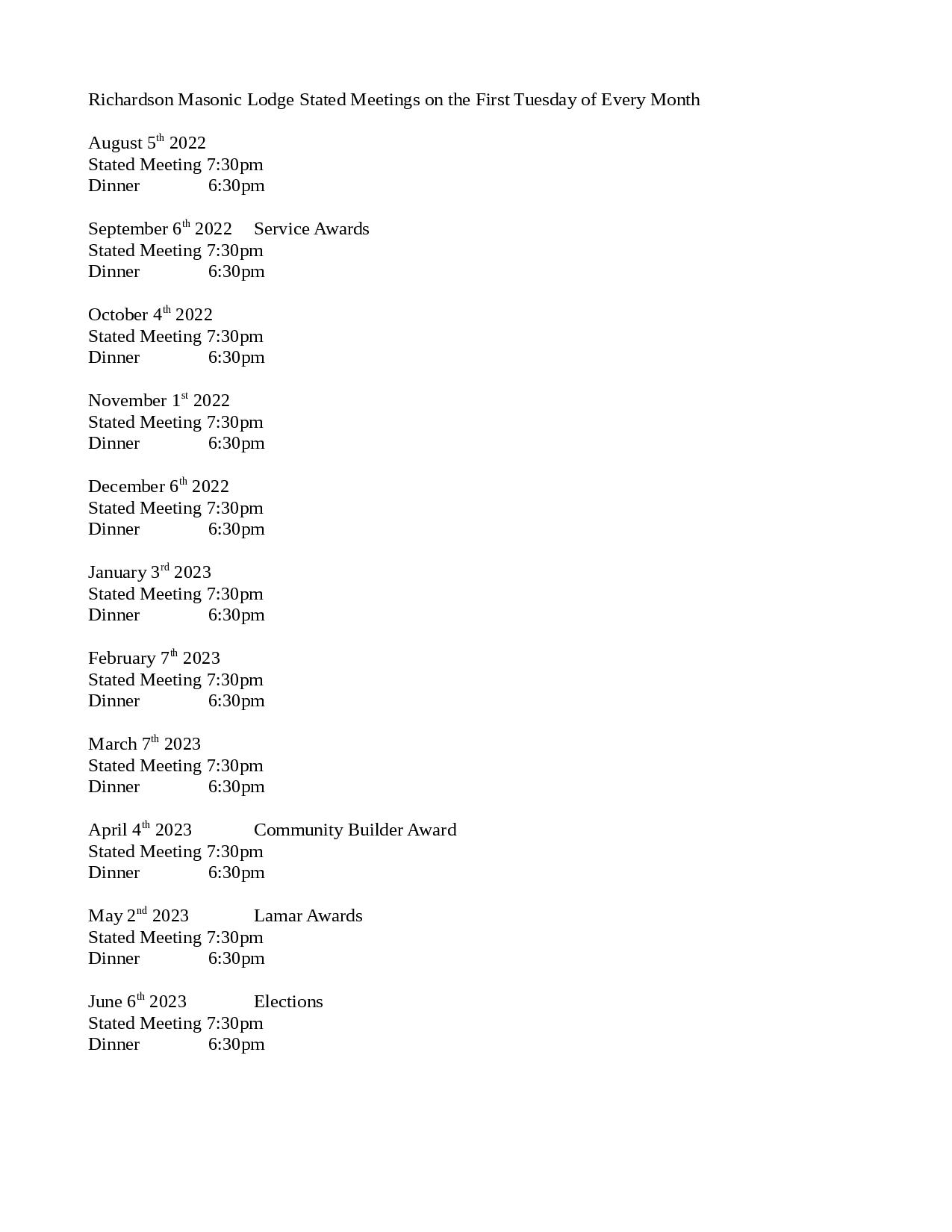 One of our Past Masters, Frank Todd, wrote a paper about the history of Richardson Lodge. Frank wrote this paper to commemorate the 75th anniversary of Richardson Lodge 1214. In 2011, Frank’s paper was selected for publication in the Texas Lodge of Research. Thank you, Frank for all your long hours and hard work on this paper of our history.

HOW DOES A MAN BECOME A MASON?

Below are some common questions that apply to Masonic membership in the State of Texas.

What are the requirements for becoming a Mason?

A candidate must be male, at least 18 years of age, able to profess a belief in God, and be of good character.

Who can be a Mason?

Any person who meets the requirements listed in question (1) of this section is eligible.

I have a physical disability. Can I be a Mason?

The answer is almost certainly yes, provided you can attend Lodge and meet the non-physical criteria.

Can atheists be a Mason?

The only religious requirement is that candidates believe in a Supreme Being.

Catholicism is only mentioned specifically because it has generated a lot of traffic in the past on the Masonic newsgroups.

Do I have to be invited?

Don’t wait to be invited. In fact,we’re waiting for you to ask!

If you know a Mason, ask him about membership.

GET IN TOUCH WITH US

We’ll look forward to hearing from you! 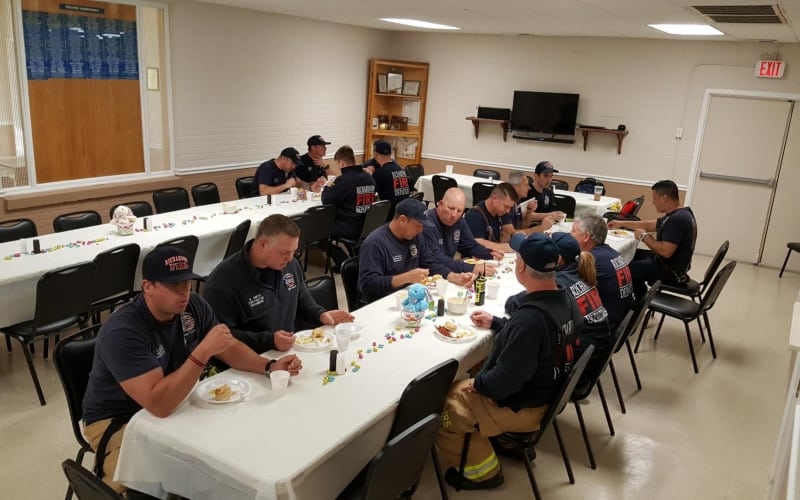 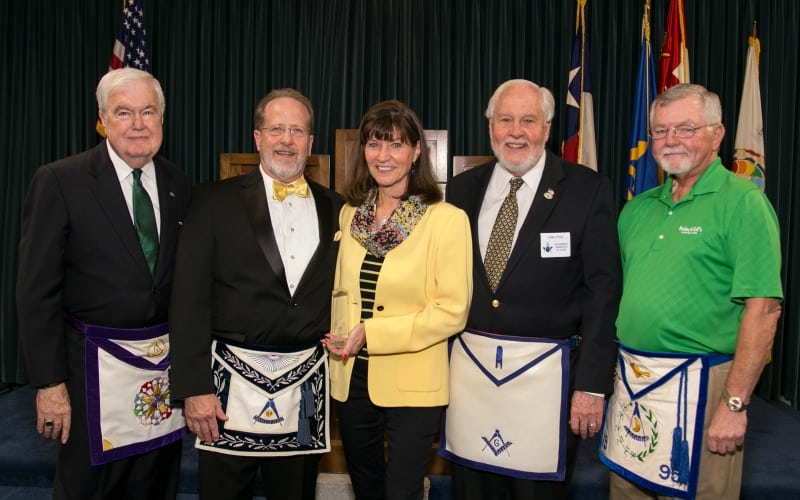 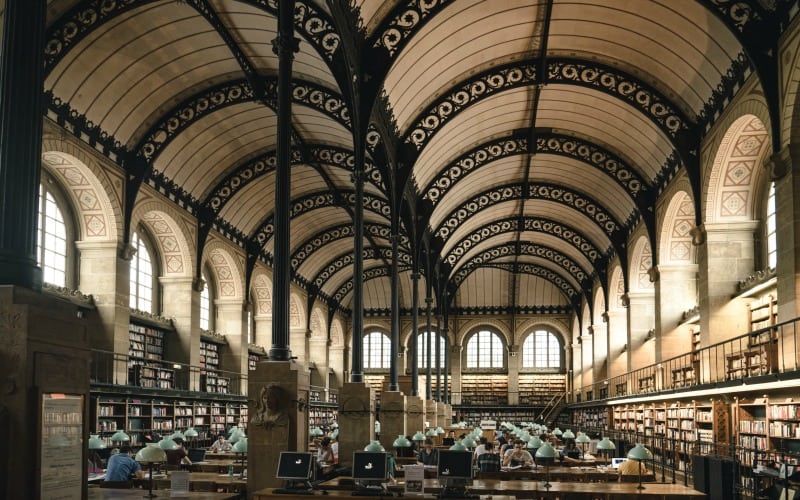 A BRIEF INVESTIGATION OF THE SEVEN LIBERAL ARTS AND SCIENCES