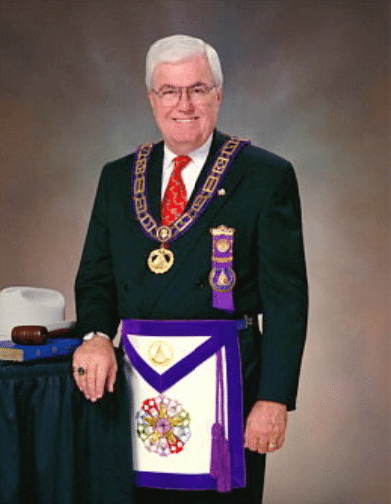 WM, RW Sirs, Sr. Warden, and Brethren: In light of the recent and devastating loss of R:.W:. David Dibrell, I have chosen to read excerpts of his bio from the GLOT website: David Benton Dibrell was born on May 26, 1938, in San Antonio, to John L. and Juanita (Pounds) Dibrell. He grew up in Big Spring, Texas, graduated from Big Spring High School and completed his education at Howard County Junior College and the University of Texas in Austin. He married his high school sweetheart, Marlene Marie Mann, and they have two daughters, Jo D. Dibrell and Jill; and two grandsons, Steven and Benton. The Dibrell’s are active members of the First United Methodist Church in Richardson, having served on the Administrative Board, Finance Committee, and sponsored youth groups.

Grand Master Dibrell was initiated an Entered Apprentice Mason in Richardson Masonic Lodge No. 1214 on December 14, 1971, and raised a Master Mason on March 23, 1972. He served as Master of Ceremonies in 1972-73, advanced through each office and was elected to serve as Worshipful Master in 1979-1980. He has held an esoteric certificate since 1982. An Endowed Member since 1987, he received the Golden Trowel Award in 1992 and was presented a Life Membership in 1995.