Freemasonry for Wives, Family, and Others

by Norm McEvoy, Past Grand First Principal of the Grand Chapter of Royal Arch Masons of British Columbia & Yukon (Canada), and Editor and Founder of The Educator 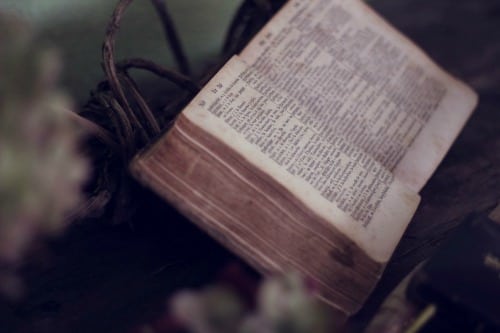 When it comes to attracting men to join Freemasonry, a large factor in the potential candidates’ decision process will very often be the attitude of his wife. Immediately, his wife will think “what’s this all about”?

So, what is Freemasonry all about? Freemasonry is a moral and ethical education society, and a universal brotherhood, affectionately known to its members as “The Craft.” Its primary aim is to teach morality and ethics to its members.

Freemasonry acknowledges the cultural beliefs of all men and excludes no man from membership, on the basis of race, religion, or politics. In this sense, it is a liberal organization, recognizing the value of all men who share a belief in a supreme being, the goal of self-improvement, and who work towards the betterment of mankind.

Three great principles that are cornerstone of the beliefs of Freemasonry are taught in Lodges throughout the world. These are Brotherly Love, Relief, and Truth.

Freemasons are expected to practice these principles by:

So, where does Freemasonry come from? The beginnings of the Craft are somewhat obscure, but there are a number of theories as to its origin. Organized Freemasonry began in 1717, when four lodges meeting in London, England combined to form the first Grand Lodge. When, and under what circumstances, these four original lodges were founded is not known. The most prevalent theory is that Masonic Lodges, as we know them today, emerged during the Middle Ages, and that they are somehow descended from the operative lodges of stonemasons.

During the Middle Ages, a number of trade professions existed, with members of each usually grouped together in guilds (or, what today we would call, trade unions). One of these was that of the stonemason, whose guilds were known as “lodges.” However, unlike town-based guilds (as most of them were), the stonemason profession was itinerant (or, mobile). When one building site was finished, the stonemasons had to physically move to another location to continue their employment. They often were housed under one roof at the building site – the probable origin of the word “lodge.”

Apprentices to the stonemason trade usually were indentured at about age twelve. Typically, an apprenticeship lasted seven years. Not only were apprentices trained in building in stone, but the lodges also acted as more general educational institutions, teaching religion and morality.

Over a “transition period” (17th and 18th Centuries), so the theory goes, the Stonemason’s Craft declined as a result of changing technologies. Simply put, people ceased building castles and cathedrals.

By the 18th century, most members were not stonemasons, but what we now call “speculative,” or “symbolic,” masons.

So, how did Masonry then expand? Subsequent to the formation of the first Grand Lodge in 1717, the Craft grew and spread across the world. One main impetus was the expansion of the British Empire. But Freemasonry quickly found root in Europe as well. Grand Lodges were formed in Ireland, Scotland, France, Germany, the Netherlands, and Sweden, all between 1725 and 1760. And many others followed.

Today, every State in America, every State of Australia, and every Province of Canada has its own Grand Lodge. So does every country of South America, most of Europe, and many in Africa and Asia. In countries without a Grand Lodge, and even on “remote” islands, Lodges will be found – usually coming under the Grand Lodges of England, Ireland, Scotland, or France.

There are three degrees of Freemasonry: Entered Apprentice, Fellow Craft, and Master Mason. On the night he joins, the new member becomes an Entered Apprentice. At subsequent meetings, he becomes a Fellow Craft, and then a Master Mason. There often is a six- to twelve-month gap between a member receiving each Degree. Each of the three Degrees involves a ritual ceremony, which dates back several hundred years.

In that earlier era, few people could read or write, and there was no such thing as written qualifications. The problem of assuring the claimed qualifications and experience of a person arriving to work at a castle or cathedral under construction was solved by developing “modes of recognition” – certain signs and words, as well as grades of qualification (Apprentice, Fellow of the Craft, etc). Thus, when a stranger turned up at a building site, his qualifications and experience could be verified. These “modes of recognition” have come down to us, and are incorporated now into modern Masonic ceremonies.

Aren’t Masonic Ceremonies secret? Freemasonry is not a Secret Society, but it is a Society with secrets – it contains some things that are restricted to be known to members alone. The secrets in the three Masonic degrees are a very small part of the ceremonies – a handshake, and word, for each degree.

The three degrees of Freemasonry are largely based on the Old Testament story of the building of King Solomon’s Temple. All three degrees are sequentially linked in their teachings. The First Degree (Entered Apprentice) symbolizes one’s birth; the Second Degree (Fellow Craft), one’s transition through life, and the Third Degree (Master Mason) deals with the subject of death. The ceremonies incorporate the use of the tools of operative masons (such as the square and compasses) to impart moral lessons.

Is Freemasonry a Religion? NO. Freemasonry is neither a religion, nor a substitute for religion. It does not offer salvation, nor does it provide sacraments. It is, however, to some extent “religious.” As already noted, Masonic ceremonies are partly based on sections of the Old Testament, and prayers are said in Lodge.

Masonry is open to a believer in any monotheistic religion. The only religious qualification one needs to become a member is to believe in a Supreme Being.

In every Lodge, open on an altar, is what Masons call the “Volume of the Sacred Law.” In Lodges in Christian countries, this will be The Bible. If the members of any Lodge adhere to more than one religion, then several holy books will be open therein, representing their various faiths.

It is interesting to note that the discussion of religion and politics is not permitted in a Masonic Lodge. Freemasonry is a uniting brotherhood, and it takes just a moment of reflection to name the two main things that divide mankind – religion and politics! Masonry takes no position on either matter. Outside the Lodge, any member is welcome to express his own religious or political opinion, but not in the Lodge.

For example, one can readily sit in a Lodge in Israel, surrounding by members who are Jews, Christians, Moslems, Parsees – Palestinians and Israelis! Inside the Lodge they sit in perfect harmony, as brothers.

What do Masons do in the Community? If you look at any worthwhile element of any community, you will find many Masons serving, from Local Government, to Rotary, Lions, volunteer fire brigades, and in innumerable charity and community organizations.

A primary teaching of Freemasonry is charity. As an organization, Masonry involves itself directly in many charities, raising and donating large sums of money; and in some places running such things as Freemason’s Homes for the Elderly, and Masonic hospitals – which are open to all.

There must be a reason why millions of men have joined Freemasonry over the last few centuries. Undoubtedly, men have joined for a variety of reasons, based on their perceptions of it – which will have come, invariably, from friends and relatives who were already members.

According to Masonic ritual, men are attracted to Freemasonry in three ways:

1. “By a favorable opinion preconceived of the Institution.” This could be formed by reading and study, but it is more likely the result of a personal acquaintance with a Mason – father, relative, or friend.

2. “A general desire for knowledge.” As Freemasonry is founded on the purest principles of piety and virtue – on faith in God, the acceptance of the Brotherhood of Man, and a belief in Immortal Life ‒ it is not surprising that so many are drawn by its philosophy and idealism to seek membership within the Craft.

3. “A sincere wish to render oneself more extensively serviceable to one’s fellows.” Brotherly love, in Freemasonry, finds expression in benevolence and charity. It seeks to improve our citizenship, intensify our patriotism, and extend our philanthropy.

This is the dynamic of Freemasonry today. To be sure, it has an intellectual appeal, and it captures the imagination in colorful and often dramatic rituals. But underlying all this is a sense of belonging to a Brotherhood reaching far back into history, yet full of promise for the future. The deeper messages of our Rituals have more impressiveness as they are illumined by friendliness and a unity of spirit, tied together by a bond of mutual understanding and peace.